Sonia Roderiquez was recently crewed for as 2nd AC Main Unit on the ‘Been So Long’ production, to work alongside DOP Catherine Derry, part of the illumantrix collective : http://illuminatrixdops.com/

Joe Dempsie (Game Of Thrones) and former Screen Star of Tomorrow George Mackay (Captain Fantastic) are among a number of young UK talent to sign up for the BFI and Film4’s musical Been So Long, which is now shooting in Camden, London.

Michaela Coel, who won a BAFTA TV award last year for her performance in E4 series Chewing Gum, leads the cast of the film, which has been adapted by Ché Walker from his musical that was staged at London’s Young Vic. 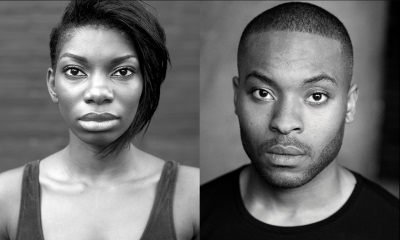 The BFI has developed the project and will co-finance with Film4. Lizzie Francke is executive producing for the BFI and Eva Yates is exec producing for Film4.

Tinge Krishnan (Junkhearts) is directing the project, which Nadine Marsh-Edwards and Amanda Jenks will produce under their banner Greenacre Films. Jane Wright and Indira Guha will also exec produce.

The story is a modern day romance set on the streets of Camden, historically one of London’s musical hotbeds. Coel stars as a single mother who, on a rare night on the town, is charmed by a handsome yet troubled stranger (played by Kene).

Director Krishnan commented: “To be part of the team bringing Che and Arthur’s stage musical to the big screen is a truly exciting challenge. The cast and crew we have are by far the best team we could have assembled to do this justice. So much creativity has come from the rehearsal process and we are energised to have the cameras rolling.

“The time planning with our partners during development and prep has been a rewarding process and led us to a confident start of principal photography. We couldn’t be happier to have the immensely talented Tinge Krishnan directing such an incredible cast and we are looking forward to the rest of the shoot. “

For Sonias full profile and CV: